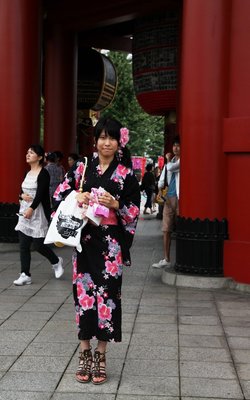 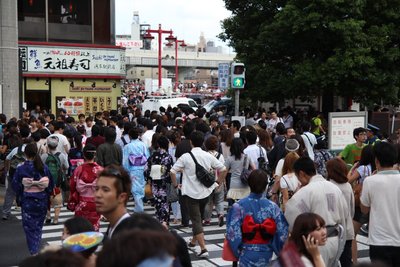 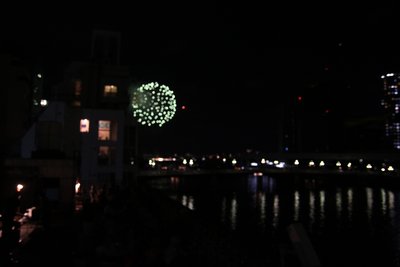 I first heard about the Ryogoku firework festival when the staff of my hostel told me about it. It was supposed to take place before my arrival but got postponed to August 27th because of the ernergy saving messures. I couldn' t been more lucky because my hostel was just facing the sumida river and exactely in between the two spots where the fireworks were ignited.
Hours before the start of the festival, the streets were filled with women and men wearing the traditional Yukata. And the more the festival approached, the more crowded the streets became. I usually hate and avoid such crowded places in Germany, because you often get pushed around and often encounter drunken people doing stupid things or getting agressiv, but here it was a whole different experiene. It didn't feel stressful at all, no one pushed me and the whole atmosphere stayed peaceful. On one part it was due to the excellent organisation of the event and the other one probably due to the very respectful nature of the japanese people. The road to my hostel got closed, but I received a special authorisation to pass through the police check points. I really felt like a VIP.

The view was great from the rooftop of the hostel and the atmosphere even better. Unfortunately due to the amount of people there, I couldn't use my camera tripod, so the pictures I took are a little bit blurry.
According to the informations I could gather, it is the biggest and oldest firework festival in Japan. It started during the "Edo" period and was dedicated to the water god to pray for the soul of the countless people who died of starvation and diseases at that time, but also to keep evil away.

Previous Next Table of contents

Comments on this blog entry are now closed to non-Travellerspoint members. You can still leave a comment if you are a member of Travellerspoint.

If you aren't a member of Travellerspoint yet, you can join for free.